The Zoo withstood the storm without losses 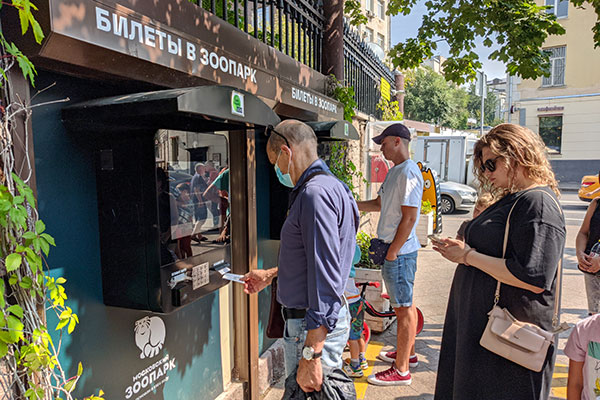 As we wrote earlier SAGA Corporation, the Moscow Credit Bank (MCB) and the Moscow Zoo have successfully implemented a social project for contactless ticket sale.

Due to difficult epidemiological situation, the Zoo ticket offices were closed. Before the installation of the MCB terminals, the entrance tickets were sold only online on the Moscow Zoo web site, which was not always convenient for visitors. In May 2021, after the launch of the SAGA payment terminals installed at the entrance to the zoo, visitors had a unique opportunity to purchase tickets at the entrance without waiting in queues and unnecessary contacts. A year earlier, in July 2020, self-service machines were installed on the territory of the Zoo, allowing the visitors to buy tickets to internal expositions.

Three months later, last weekend (on August 14-15) and the beginning of the current work week, our equipment passed a real extreme test, and the developers of the social project received another confirmation of the undeniable benefits of their idea. 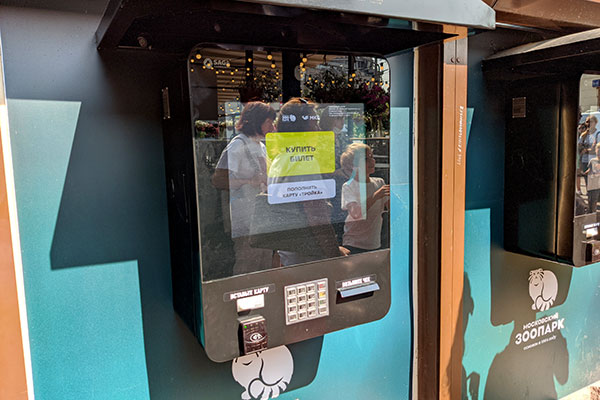 Sergey Sobyanin, the mayor of Moscow, on August 13, by the Decree №68-UM dd. 06/08/20 (as amended by the Decree of the mayor of Moscow №51-UM dd. 08/13/21) canceled all restrictions on visiting the Moscow Zoo, including indoor pavilions. The vacation season and hot summer weather in Moscow led to the fact that bored visitors of the Zoo set a record of attendance not only in comparison to 2020 and 2021, but also in comparison with the successful seasons before the pandemic.

SAGA Corporation's contactless payment terminals endured both the Moscow heat and the seriously increased workload. Visitors did not have any difficulties along the entire path of purchasing tickets from selection to printing, so the queues for payment moved quickly. 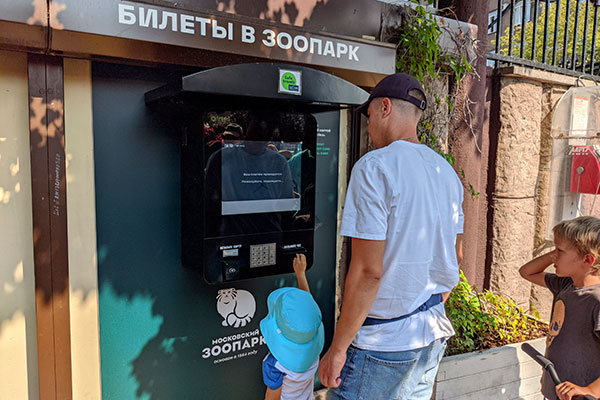 Reducing the load on the main ticket offices of the Moscow Zoo by providing the possibility of fast, convenient, and most importantly, contactless ticket purchase, serves as an effective measure in the fight against the spread of viruses.

Due to the fact that SAGA equipment has shown itself to be the best even in conditions of maximum load, and the flow of visitors may increase in the future, the Moscow Zoo and the Moscow Credit Bank (MKB) decided to expand the park of ticket machines and continue the tradition of successful cooperation with our corporation. making your visit to the zoo even more comfortable.