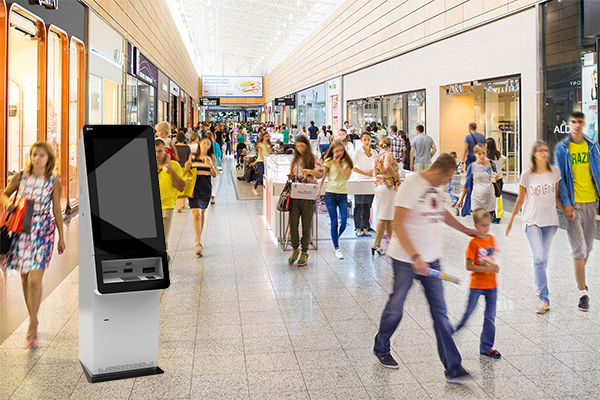 One of the modern trends that gained force during the last 15 years is the digitalization of the developed countries’ economies. For countries, the main purpose of this it is simple: to get rid of cash. The reasons for changes are various – simplified control over citizens and increasing the amount of tax collection, countering the shady business and crime, and simple economy on the process of cash circulation.

Besides this, young and middle-aged people who were raised in the times of the rapid development of the Internet, who became involved into online communication and electronic business, don’t consider cash use a «fashionable» payment method. This is linked not only to the way of life but also to the basic safety measures, and to grouchiness and a will to healthy life. The «offline» money which have been in thousands and hundreds of thousands hands, bear many unpleasant surprises.

For example, in Sweden only 2% of payments are performed using traditional banknotes and cash, cash is accepted less than in 20% of shops. This is thrice as less than in other European countries. As early as in 2012 in Sweden there were 5 (five) bank robberies compared to 110 (one hundred and ten) bank robberies four years before, in 2008. Sweden, a relatively small country, spent annually about 11 billion kronas (nearly 1 billion euros) for cash circulation. It is needless to say that now this number decreased by ten folds.

It is important to note that Russia is one of the leaders in this market according to the growth of internet audience, development of e-commerce and bank acquiring, and also according to the development of the electronic government technologies. Government and large credit institutions establish the conditions to the points of sale to be equipped with POS-terminal for contactless payment using bank cards.

On the other hand (for individuals) – the growth of financial awareness of people and the acceleration of the pace of life has resulted in a situation where the clients require no queues when buying goods and services, no need to use cash, touch banknotes, and to receive information instantly. Thereat the services and devices which offer fast transactions via bank cards and contactless payments become more and more required.

As for the experienced entrepreneurs, the income of the points of sale after the implementation of acquiring increases by 15-20% in average, and the clients opt to cards of smartphone more often and can reject a purchase because of lack of cash. 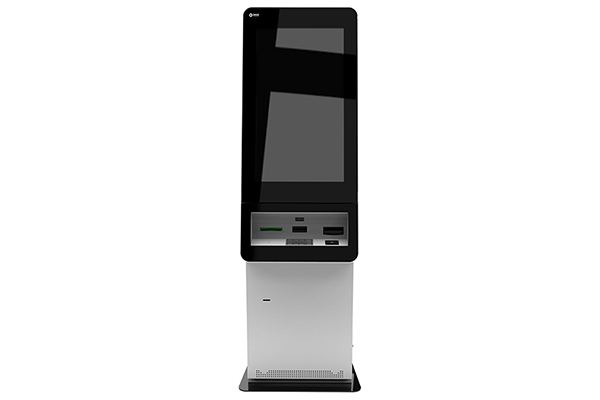 The new kiosk is elegant, reliable and simple in maintenance, it fits into any modern room design and is able to operate with all electronic payment methods. Considering that not all users of the SAGA devices have the possibility to phase out the traditional «paper» payment methods, the cash-in option is retained.

Also in comparison with the classic S-200 devices, the S-200.32 LIGHT has one distinctive feature – the enlarged high-brightness display, that’s why this kiosk fits to the solutions linked to the digital signage technology, where the needed information is given on electronic (digital) carriers, installed in public places.

The main point is that the S-200.32 LIGHT has accumulated all the advantages of the S-200 series range, but became more efficient in terms of purchase price and maintenance costs because the features of working with coins and bill issuing were excluded. Besides this, an experienced operator of this device has the opportunity to perform his own or third-party advertisement campaigns.

In brief, it is profitable to go to the future with our own modern multi-functional payment kiosk!

According to the SAGA Technologies specialists’ assessment, the S-200.32 LIGHT kiosk fits excellently into the public places where quick work is required, for example: