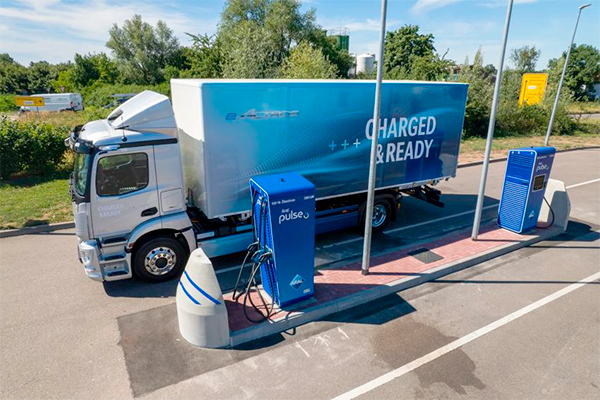 Bp has installed six public charging stations for trucks along a 600-kilometer stretch of Germany's Rhine-Alpine corridor, according to a press release.

Once complete, an EV truck will be able to cover over 600 kilometers across Germany.

The 300-kw charging stations are each capable of charging more than 20 EV trucks per charger each day. An EV truck's range can reach up to 200 kilometers in around 45 minutes using the charge points.